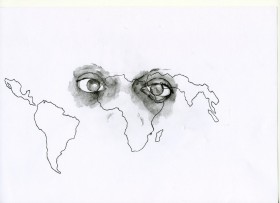 Holy Family are in a process of change. We are changing what and how we teach in an attempt to decolonise our curriculum.

What is a ‘colonised’ curriculum?

Western domination in the last few hundered years has had the effect of limiting what counts as ‘true’ knowledge, whose knowledge is recognised, what schools teach and how they teach it. Most school subjects therefore give disproportionate importance to the experiences, concerns and achievements of the historically already powerful.  Many of our students are therefore taught to be disempowered on the basis of inherent biases related to race, religion, gender, disability, sexuality and class.

(Part of) the solution:

If knowledge is marked by those historically already empowered, then perhaps we need to do more to decolonise. That is to build an inclusive curriculum (what we teach) and make adjustments to our pedagogy (how we teach) that reflects the diversity of students.

Holy Family is building a decolonised curriculum through 4 facets

Want to know more? Want to get involved?

We would value your comments, opinions and questions. A truly decolonised curriculum is one that parents feel does justice to the needs of their children.